How to deal with a Google Algorithm Update

So here we are again (Sept 25th 2019).. and what I have been starting to call YAGO time (Yet Another Google Update). And yes, things are certainly getting interesting, given that Google themselves told us about it.

You see, once upon a time we’d never know if something was going on with Google’s algorithms. We’d all gather round the virtual water cooler and compare notes. We’d even try to sort out exactly what was going on as far as specific changes. Then Google started to confirm updates through various folks, most notably my fav search sleuth,  Barry Schwartz

These days? Hell, they’re actually coming out and telling us about the latest, greatest core algo updates. Man, times sure have changed

Life According to Google

OK then… we’re getting more and more used to these core updates (seemingly with no spiffy names… I am going with YAGO #234). But what exactly should you be doing to deal with it? Let’s look at some Google thoughts on updates and “quality” sites in general

Back in August they discuss that sites that may have seen a loss in traffic and visibility may, “be looking for a fix, and we want to ensure they don’t try to fix the wrong things” or that there might not be anything to fix at all. And interestingly, they also mentioned that, “These core updates may also affect Google Discover.” Which is also something we’ve noticed in discussions in our Facebook Group.

It likely goes without saying, but for the record they state that it doesn’t “ target specific pages or sites”. Those would be manual or algorithmic actions. Fair enough.

But right after talking about not having to fix anything, they say, “We suggest focusing on ensuring you’re offering the best content you can. That’s what our algorithms seek to reward”. We’ll get into content adaptations more in a bit.. let’s move along.

Next they suggest a bit of an audit to look at which pages were affected negatively. Establish how much they dropped and look for some common features of those pages. If the entire site was hit, that might not be as easy as that though. And then they start to drive home the EAT concepts (expertise, authority, trust) and even suggest digging into the Quality Raters Guide. Which is about as much fun as getting notification of core updates, as once upon a time those were seemingly “leaked” documents.

Start going back over known updates

A great place to start is looking at other statements made by Google as a starting point. Hell, in writing this I went all the way back to a 2011 post on “building high quality sites”. So yea, I know many of you poo-poo Google’s statements, but it’s still a good place to start if not just refresh yourself on what you might want to look at.

Get the idea? I am going to just let that sink in. Just because it isn’t a stated in the core algorithm update, it might be changes to the thresholds or the scoring of some of the existing changes that have been added/discussed over the last few years. It just seems strange that the industry sits around spewing theories on what is going on, without considering the obvious; changes we DO know about.

And those listed above? That’s just a smattering from 2019 alone.

If you’re doing some forensic SEO analysis, you can also go over lists of known (some confirmed) updates over time on sites such as;

My point being that there’s probably FAR more that’s been going on that you may not have considered. I personally check search news a lot, but I am sure most of you have better things to do.

As promised, let’s get back to some more of Google’s advice. Specifically on content elements. While this is certainly important as far as trying to stay in Google’s good graces, please don’t ignore the above points I was trying to make. Don’t become myopic on content along. Regardless of how important it can be.

I am just going verbatim here, from the Google post I mentioned earlier. Sure, you could just go read it, but I wanted to have a comprehensive post to make things easier and make my point(s).

Also don’t forget the aforementioned advice on EAT and the Google Raters Guidelines.

More than meets the eye

Are we getting somewhere yet? Just because you’ve seen some negative visibility movement on the latest core algorithm update from Google, that doesn’t mean that past changes aren’t again in play. It is entirely possible that these core updates include tweaks and changes to existing known adaptations Google had been making. Remember; Google isn’t telling us WHAT was changed.

As an SEO professional you should always be keeping up with the ongoing changes at Google. Don’t just perk your ears up each time Google says a core update is coming or ongoing. Because that alone, won’t really tell you much. 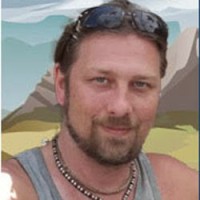